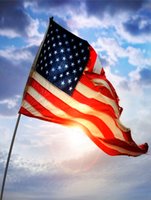 Jerry passed away November 11, 2016 at the age of 97. He served in the Navy during World War II Jerry was a cabinet maker by trade. He was also a commercial fisherman in Alaska. Jerry enjoyed lake fishing with friends. His real passion was traveling the U.S. in his RV with his significant other, Monica Leingang. Together they visited nearly every State in the Union. Jerry was a serious man but also light hearted. He was quick with a joke or a funny story and was known for his one-liners. Jerry loved his Seattle Mariners and rarely missed a game. He had a lot to say when they won and even more when they lost. Jerry is survived by his daughter Brenda Bowerman of Clermont, FL and step daughter Mary Worthy of Soquel, CA. Jerry also leaves behind his adopted family: Chuck & Colleen Johnson. Linda & son John Pittman. Michael, Stacey, Alexa, Shae & Katie Johnson. Kim, Syd, Cody & Kyle Russell. Services will be held 12:30 Monday, Nov 21, 2016 at Tahoma National Cemetery.